If you’re ready to propose but just cannot figure out how, here’s why a photo shoot is the way to go:

One of my most memorable photo shoots was a surprise proposal for two of my good friends. Danny wanted to propose to Kaity, the love of his life and a local model who is no stranger to random photo shoots. So when he asked me to orchestrate something, it was a no-brainer: Ask Kaity to model for a promotional photo, a Valentine’s Day promo, and by the way “We’ll need a guy too. Do you know any guys who could model with you?” Yep – Kaity set up her own proposal. We planned an elaborate Casablanca-themed photo shoot, complete with costumes from The Vintage Costume Co. We did the whole session and Kaity modelled her little heart out, oblivious to what was about to happen.

The final pose – the moment we’d all been waiting for. Danny was instructed to stand behind Kaity, as though he was watching her from a far. Kaity was to stare off into space, oozing confidence and beauty, oblivious to her admirer… oblivious to what was really going on behind her.

Finally I instructed Kaity to look over her shoulder…

It took her a moment to realize what was happening. She just stared at him; just kept posing. Finally she turned to me and laughed “I thought that was real for a second!” She’d convinced herself it was just a prop! I lawled. 😉 Danny said “It is real, Kaity,” and asked her to marry him. Cue the magic.

Not only did we capture every second of this once-in-a-lifetime moment, but the Engagement Session that followed couldn’t have been more authentic.

Having your proposal photographed will make the moment extra special, and allow you to cherish that memory forever. So if you’re looking to for a fun and creative way to pop the question, consider scheming with one of your favourite photogs. Still not convinced? Check out these photographers who had their own proposals photographed; Denise Andries and her husband, and Craig & Nichole from Craig D Photography. 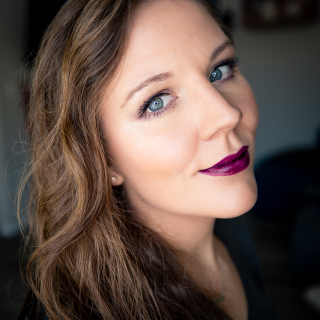 Hi! I’m Janna. I’m a part-time photographer in Brandon, Manitoba who specializes in portrait and couples photography. I’ve been on this planet since ’85 and taking fancy photos since ’09. I spent a few years working with Hawthorn Images, and do some work with The Vintage Costume Company now. I am always looking for fun, unique, and challenging ways to put my skills to use, so if you have a crazy idea you’d like to bring to life, send me a message! Or maybe you just want pictures of you and your cat. That’s cool too. #crazycatladyforlife